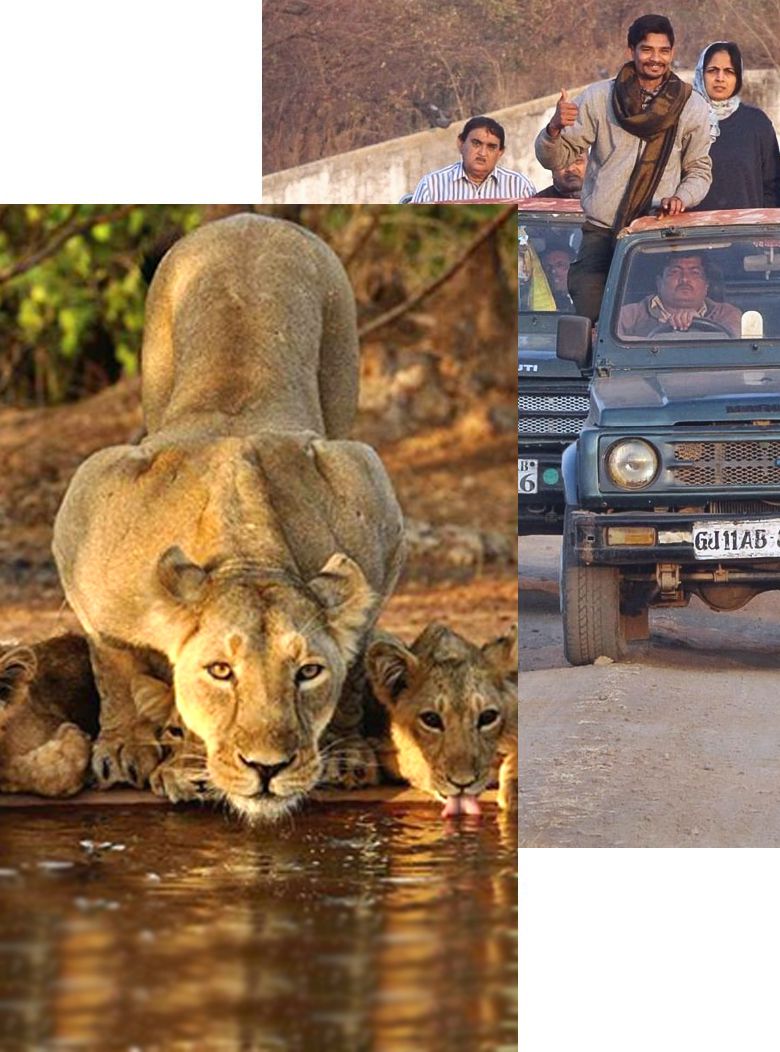 It is the sole home of the Asiatic lions (Panthera Leo Persica) and is considered to be one of the most important protected areas in Asia due to its supported species.The ecosystem of Gir, with its diverse flora and fauna, is protected as a result of the efforts of the government forest department, wildlife activists and NGOs.The forest area of Gir were the hunting grounds of the Nawabs of Junagadh.However, faced with a drastic drop in the lion population in Gir, Nawab Sir Muhammad Rasul Khanji Babi declared Gir as a ‘protected” area in 1900. His son, Nawab Muhammad Mahabat Khan III later assisted in the conservation of the lions whose population had plummeted to only 20 through slaughter for trophy hunting.